“Listening to the musical chemistry created between local musicians and those in the extended Dead family using Grateful Dead music as a vessel was a magical experience. There were so many moments of unique musical brilliance. For me, playing at the festival was an opportunity to participate in the evolution of the Dead’s music and expansion of the ethos. I was very grateful to contribute to this wonderful community that is really important to me.”
James Stuart, Mbira Renaissance Band

Dead Ends Live has been created by Peter North, the onetime radio producer who hosted the popular program Dead Ends And Detours for 17 years on the CKUA Radio Network. This new live, indoor festival event is built around the common themes and threads that ran through his radio show. Those common threads are the musical roots and branches of The Grateful Dead and Jerry Garcia along with the influences and sounds of The Band and Bob Dylan, as well as mandolinist David Grisman and the inspiring musicians who built the new acoustic music scene.

Peter North has had a successful music career that has spanned four plus decades. As an Artistic Director, North just finished an eight-year stint at the Salmon Arm Roots and Blues Festival which followed five years of guiding the Winter Roots Festival in Edmonton in conjunction with FolkwaysAlive at the University of Alberta. As a journalist he spent 24 years covering the roots music scene for both the Edmonton Journal and the Edmonton Sun.

Dead Ends Live co-producer Jayne Bawden has had a successful career creating and managing events for several non-profit organizations in Edmonton for over two decades. The Spirit of Spring Fashion Show for McDougall House Association, the Scotiabank Pro Am event supporting Alzheimers, the Gala for STARS Air Ambulance, and the Snowflake Gala for Children’s Health Foundation were projects Jayne played a major role in producing and presenting.

Jayne’s tenacity and passion also helped bring Hockey Helps the Homeless to Edmonton. One of her true loves has always been supporting music and she first started producing shows in the Edmonton area some 40 years ago when she was promoting shows with great local bands like Tacoy Ryde, Hot Cottage and One Horse Blue.

Together, Bawden and North are a team whose goal is to add a new and exciting dimension to the Edmonton music scene in the form of an indoor festival.

Dead Ends Live is built for fans of the kind of soulful sounds that combine improvisation with the deeply-rooted sounds and traditions  that influenced the Dead and so many other artists in their orbit. 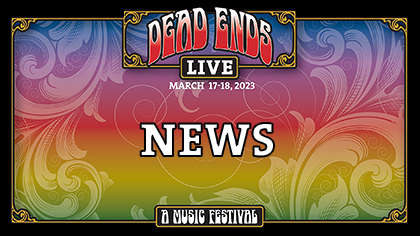 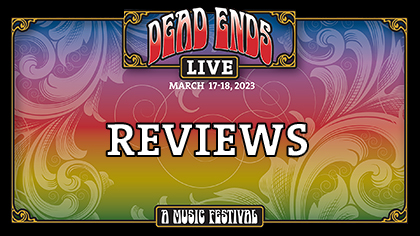 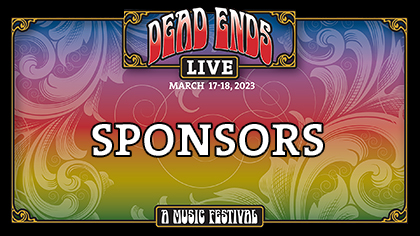